The pledging of shares is one of the major important factors to take care before investing– which many of investors overlook at certain point of time. A high pledging of shares can be a point of concern for the shareholders as well as board of directors.

Shares are considered as assets hence bank considers it as a source for raising loans. In case of any emergency, shares can be easily pledged to raise funds..Pledging of shares is an process where a promoter keep the shares of the company to meet their business or personal requirements that they own as a collateral for debt. It is basically done with banking or non-banking finance institutions for offering loans to promoters. Pledging of shares can be used to meet requirements such as working capital, funding for other ventures, to carry out new acquisitions, mergers and personal obligations.

In recent time zone, stock market investors have been sharply hit by twists and turns in prices after news of high promoter pledging by lending institutions and agreements between the lenders and promoters to go slow on such sales have made the headlines. Due to this share of the Essel/Zee group, Reliance ADAG group and Apollo Hospitals have dipped 15-30 per cent on pledging incidents.

Kingfisher was a case where the promoters pledged his shares as he was unable to raise funds from any other resources. In a short time after pledging of the shares the company went belly up.

WHY PLEDGING IS IMPORTANT?

At the time of pledging of shares, lenders and promoters usually agree on a minimum contract value for the shares, so that the lenders can build a margin of safety into their loans. But if a sudden adverse event or bear attack occurs on a stock, it to fall sharply, the value of this collateral shrinks. The lender in such situations will ask the promoter to bring in more collateral to maintain the loan-to-collateral value. This is known as a margin call.

WHY PLEDGING OF SHARES IS RISKY?

While pledging of shares, the promoters use their stake as collateral to get the secured loans. Higher the pledging, greater could be the volatility in the share price of company’s stock. This is because, as share prices fall, the overall value of the pledged collateral also falls. One of the first things that a promoter would like to do is free his own shares the moment things are improving. Tracking companies with improving fundamentals and promoter freeing their shares is strong sign for better stock performance.

During a bull market, pledging of shares may not create issues as the market is moving an upward trend and the investors are optimistic about their stocks. However, the problem arises in the bear market. As the price of stocks keeps fluctuating and changing, the value of the collateral (against the secured loan) also changes with the change in the share price of asset. However, the promoters are required to maintain the value of that specified collateral.

If the price of the shares falls, the value of the collateral will also decline. In order to meet up the difference amount in the collateral value, the promoters have to cover the shortfall by either adding additional cash or pledging more shares to the lender to meet up the requirements. If the promoter is unable to meet obligations of borrowing, the ownership of shares is also transferred to the lender, who in turn sells it in the market to recover loans.

Pledging of shares is not always bad and it depends on market situation. It is one of the fastest and trending modes of raising money. Promoters use it for short term requirement of money. Pledging of shares has increasingly become popular among Indian promoters as a source of raising money as well as bankers preferring it as an instrument for securing their loan. According to collected data, Promoters who have pledged their shares have increased from 27 per cent in 2009 to around 46 per cent in 2015, the highest level till date. 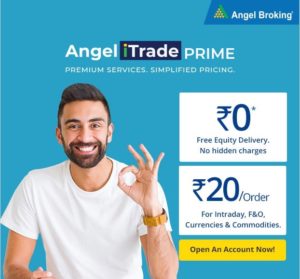